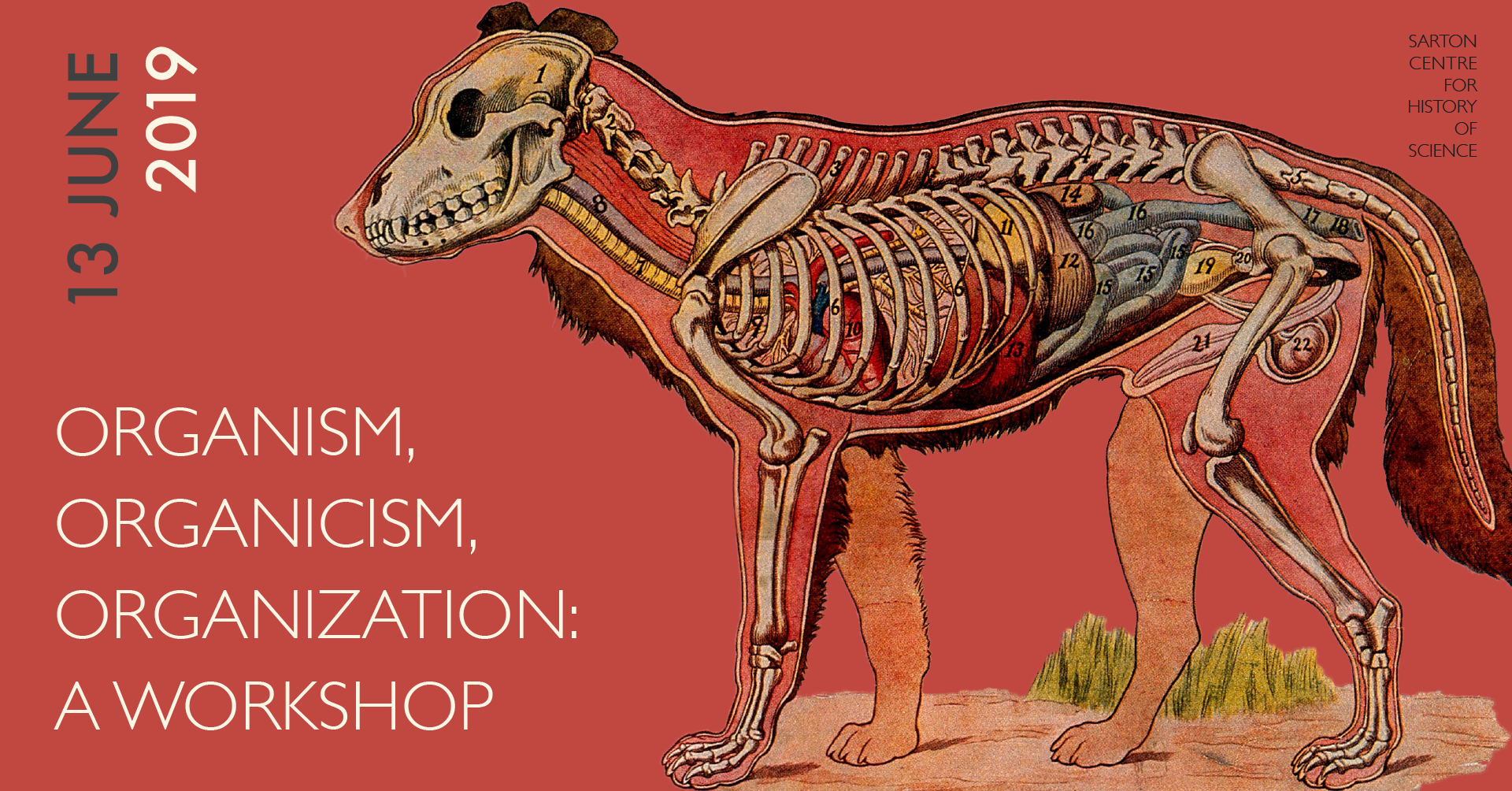 A workshop at Ghent University, Sarton Centre for History of Science

12:10 Mazviita Chirimuuta (Pittsburgh) The Reflex Machine and the Cybernetic Brain: The Critique of Abstraction and its Application to Computationalism

At present, doctrines of organicism are popular among philosophers of biology. In general, these doctrines highlight organization as a fundamental category in life sciences. But in this talk, I raise two criticisms of organicism.  First, organicism appears no more than a truism, and organicists often defend their doctrines by creating a reductionism strawman. The truistic nature of organicism can be better appreciated, I suggest, by appealing to Kant’s pure category of community (reciprocal interaction), and Husserl’s pure theory of wholes and parts. Second, it has not been proved that organicism is of any relevance to the nature of life (therefore, organicism is no substitute for vitalism). To suggest that “life is organization” commits a categorical mistake. The statement that “A is alive” cannot take us to the statement that “A is organizational”, nor the latter lead to the former.

Mazviita Chirimuuta The Reflex Machine and the Cybernetic Brain: The Critique of Abstraction and its Application to Computationalism

Objections to the computational theory of cognition, inspired by 20th century phenomenology, have tended to fixate on the embodiment and embeddedness of intelligence. In this paper I reconstruct a line of argument that focusses instead on the abstract nature of scientific models, of which computational models of the brain are one sort. I observe that the critique of scientific abstraction was rather commonplace in the philosophy of the 1920’s and 30’s, such as in the organicism of A. N. Whitehead (1925), and that attention to it aids the reading of the organicist neurologist, Kurt Goldstein (1939). With this background in place, we see that some brief but spirited criticisms of cybernetics by Canguilhem (1963) and Merleau-Ponty (1961) show continuity with the earlier discussions of abstraction in science. I conclude with an application of this argument from abstraction to a version of computationalism that is prevalent today.

In this paper I concentrate on competing theories of pain at the organismic level in the early twentieth century. First, at the level of the ‘functional unity’ of a system of integrated reflexes of the organism, for the physiologist Charles Sherrington in The Integrative Action of the Nervous System (1906), with was influential and successively reprinted until 1947. Second, in conceptualizing the nervous system as a homeostatic system, which finds an historical parallel in explanations of the milieu intérieur of the organism, via Claude Bernard and, in particular, the neurologist Kurt Goldstein’s The Organism (1934) who was directly critical of Sherrington’s work. Third, I show how these competing perspectives successively widened the scope of the physiological mechanisms and external influences on the organism, such as Melzack and Wall’s cybernetics-influenced gate control theory. Each of these empirically-derived conceptual approaches will show, in different ways, how pain helps tip the organism as a whole from perception to action.

What is organicism as applied to the entire world? A closely related question is: what makes explanations of natural phenomena in terms of a world soul distinctive models of physical explanation? The world soul is supposed to cause and explain nature’s animation and its organization. But if we understand these terms broadly and metaphorically, this is nearly trivial. And even if we take them with their more literal, organic senses, the position is still underspecified, because it is a quite undecided question how, exactly, animal bodies are organized. Here, I discuss the deployment of the world soul in early modern natural philosophy, and I offer a few hypotheses about what interestingly unifies them. First, we can find a split among natural philosophers over whether harmony or regularity is the most salient kind of order in nature, and those who think that harmony is are drawn to world soul explanations. Second, world soul explanations are applied when nature’s flexibility or spontaneity eludes capture in terms of laws. Third, world soul explanations tie causal and explanatory connections to mereological relations between each of them and the whole of nature.

In earlier work I wrestled with the question of the ‘ontological status’ of organisms. It proved difficult to come to a clear decision, because there are many candidates for what such a status is or would be, and of course many definitions of what organisms are. But what happens when we turn to theoretical projects ‘about’ organisms, that fall under the heading ‘organicist’? I first suggest that organicist projects have a problem: a combination of invoking Kant, or at least a Kantian ‘regulative ideal’, usually presented as the epistemological component (or alternately, total vision) of a vision of organism – as instantiating natural purposes, as a type of ‘Whole’ distinct from a merely mechanistically specifiable set of parts, etc. – and a more ontological statement about the inherent or essential features of organisms, typically presented according to a combination of a ‘list of heroes’ or ‘laundry list’ of properties of organisms. This amounts to a category mistake. Other problems concern the too-strict oppositions between mechanism and organi(ci)sm, and symmetrical tendencies to ‘ontologize’ (thus objectifying) properties of organisms, and to ‘subjectify’ them (turning them into philosophies of subjectivity). I don’t mean to suggest that no one should be an organicist or that Kant is a name that should be banished from civilised society. Rather, to borrow awkwardly from Sade, ‘organicists, one more effort!’ if one wants a naturalistic, non-foundationalist concept of organicism, which is indeed quite active in recent theoretical biology, and which arguably was already alive in the organismic and even vitalist theories of thinkers like Goldstein and Canguilhem.